Again and again problems in the interaction with people of other cultures were addressed. But which characteristics and skills help to handle these problems and to bring an improvement? To have knowledge about this is another target of the project (go to Targets: Work packages).

An important aspect is the intercultural perception. Our perception of persons is characterised in a culture-specific way, so that a culture-dependent idea of human is built. If the interaction-partner belongs to another culture, he/she deviates from our familiar behaviour patterns. When you see, that these unfamiliar behaviour patterns occur again and again by persons of another culture, this patterns are culture-specific. To notice his is a first step for assemble understanding. To have a good cooperation, the expectations to the communication partner have to be adapted by both sides (Source: Thomas, A., 2014).

Initially, it is important, to have a good self-perception. That need to have knowledge about my self-image: To which group do I belong? Which patterns of thinking and acting are normal for my group? Which expectations, wishes, values and attitudes do I have? Which targets are important for me, what are my motives?  (Quelle: Layes, 2013). Another part of self-perception is the knowledge about the effects of my acting, my gestures, my facial expression and my appearance. In a nutshell: I know which expression I do leave.

To evaluate the acting of my partner in a right way, intercultural knowledge is particular important. The comparison of the self-image and the image of perception by others showed: ‘We are different’. To evaluate the behaviour still in a right way it is important to know, which behaviour patterns are ‘normal’ in the culture of my communication partner (Thomas, A., 2014).

Sensitivity and empathy are characteristics that are important in that context (Bolten, 2001). They help to improve my self-perception and to build up a better image of perception by the partner. With sensitivity it is possible to put oneself in the partner and to answer the question: ‘What are the motives and incentives of my partners’ caution.

Within the interaction with people communication is one of the most important component. But here in particular occur big problems – due to the different languages.  The risk of misunderstanding is very high, especially, when you use special phrases, sarcasm or irony. The ability for intercultural communication is highly relevant. At least one of the communication partner uses a foreign language. Besides knowledge about linguistic usages and symbolic acting as well as gestures of the foreign culture is existed. The composition of this ability is the interest of oneself for other languages (Thomas, A., 2016).

All of these abilities and skills interact with each other and support the composition of intercultural competence. As already mentioned intercultural competence is a very complex construct, which includes different skills. There is no standard definition for it. Thomas (2016) gives the explanation that it is the skill to identify situations of cultural overlapping and to understand the course of process as well as the effects of the own and foreign organisation systems. On that basis strategies for action will be deflected that includes the targets of all involved persons. So the situation of cultural overlapping can be managed satisfactory for all parties and the understanding for the other culture is boosted. Requirement for developing intercultural competency is to have the willingness for dealing with foreign organisation systems as well as the interest for intercultural contact (Thomas, 2016).

All in all the acquirement of intercultural competence can be seen as process of learning and development. The acquisition of knowledge about foreign cultures come along with personal contact and the critical analysis of the own culture (Thomas, 2016). 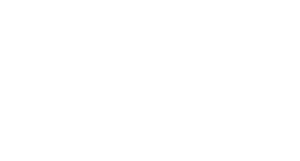